Voiding difficulty in women may include difficulty starting or maintaining the urine stream or the need to push or strain to empty the bladder. Often this voiding dysfunction results in incomplete emptying of the bladder. While it can result from more easily identified causes such as a previous incontinence surgery or advanced bladder prolapse, quite often the reason for the voiding dysfunction is not clearly known. Often, patients are treated for this voiding difficulty by undergoing a procedure to stretch the urethra (the urine tube that exits the bladder). This is called urethral dilation. And though this may be a commonly performed therapy, this review by Basu and Ducket accurately points out that there is little evidence to support the continued use of routine urethral dilation in the treatment of voiding dysfunction. 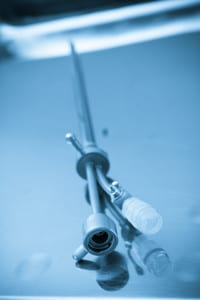 The authors detail the history of urethral dilation beginning in a time when very little was known about normal voiding.  Dilation of the urethra emerged as a treatment for numerous problems including urinary tract infections and bladder pain. The assumption was that these issues resulted from a urine tube that was too narrow to permit proper emptying of the bladder. However, it is now known that spontaneous narrowing of the urethra (urethral stenosis) is uncommon and probably represents only 1-2% of patients with voiding dysfunction. This is much less common than the frequency of urethral dilation would suggest. One concern is that repeated urethral dilation can even be the cause of narrowing of the urethra due to fibrotic healing.

Perhaps the popularity of urethral dilation is because it can produce a short-term effect, making voiding easier and relieving some symptoms such as incomplete bladder emptying. This is likely due to the temporary malfunction of the urethra and surrounding muscles caused by the stretching. This temporary benefit disappears in over 80% of patients by 6 months. And this may cause new urine leakage in nearly 20% of patients. Even patients with improvement are likely to be subjected to repeated urethral dilation to maintain this temporary effect.

There are treatments for voiding dysfunction that is either more effective or at least do not carry the risk of new urinary incontinence or development of urethral stricture. Patients may benefit from pelvic floor physical therapy using biofeedback, which may help to train patients to relax the muscles that constrict the urethra when voiding. Medications may help to relax these muscles as well. Finally, in patients who do not improve with biofeedback or medications, neuromodulation or botulinum toxin may be useful. These treatments rely on a better understanding of the complex interaction between the bladder and urethra that produces normal urination.

Outside of a small percentage of patients with urethral stricture (who often need a more extensive surgery rather than urethral dilation), urethral dilation provides, at best, a short-term fix that may carry significant risks. With little evidence to support its use, urethral dilation should become a rare treatment, not a common one.